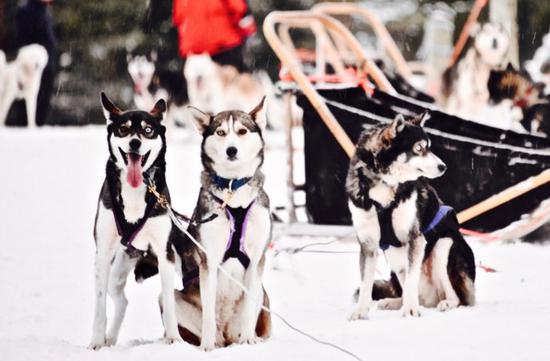 Husky sleigh adventure, unleash your inner passion! Drive the husky sleigh long drive through the snowfields, deep into the beautiful coniferous forests of Lapland, through the snow-covered cold fairyland, breathing the fresh air of the deep winter Lapland, an unforgettable experience of blood pulse!

Winter in Lapland is too long, and the night in the Arctic Circle is too long. It is only two hours a day at dawn, so exciting and anticipating! The Husky warriors are here waiting for people to come every day, and they are all shining with their eyes and trembling. They know that once the guests are seated, they can rush forward with the loud whistle. , Rush into the cold field, run on the snowy road, run, forward, forward! 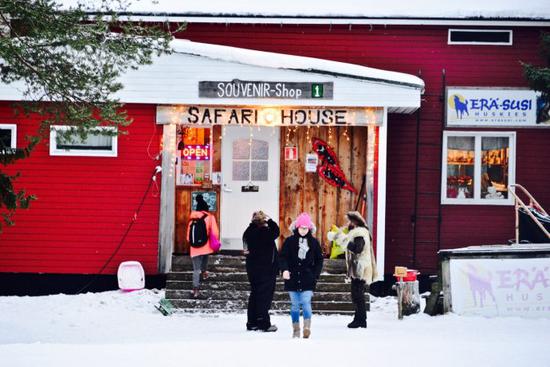 There are many interesting ice and snow rides in Lapland in winter, ice skating and skiing, ice fishing hiking, snowmobile kart riding, and snowfield rides with reindeer. But I want to tell you that all of this is not as exciting and fun as riding a husky sleigh. That’s a group of huskies who live and live. Their daily running is their life, and crossing the Linhaixueyuan is their mission. There is a warrior’s heart hidden in their bones, and they would rather die instead of running every day! 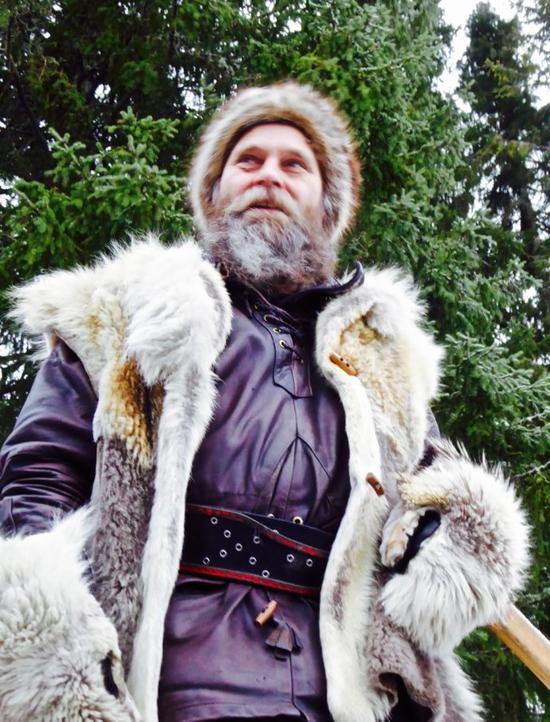 The uncle of the Sami people greeted the arrival of our entourage enthusiastically. He stood on a sleigh car and showed everyone how to drive, how to accelerate, how to slow down, how to turn, how to brake. About the uncle brakes repeated over and over again, the center of gravity moved down, standing on the brake pads with both feet, using the sinking of the whole body to make the brake pads buckle into the snow, the running Husky would instinctively slow down until it stopped . When your foot leaves the brake pad and the resistance decreases, the Husky will run up again excitedly. 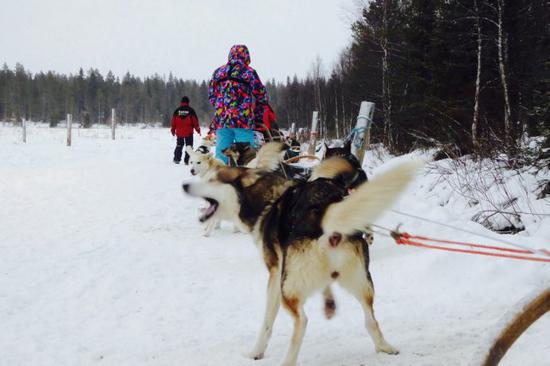 Because it was the first group of guests in the morning and the most exciting moment of the day in the Husky. When we came to the snowy road, the dozens of young and powerful Huskies immediately roared with excitement because they were held in place by the reins. Jump up and down. It was the first time I met that passionate scene, and I was stunned. 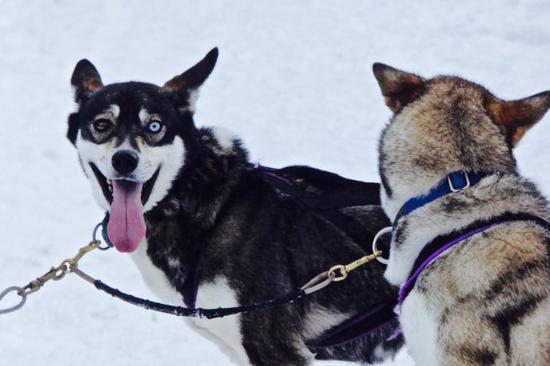 The trainer told me that because it was the morning, the most energetic and exciting time for the Huskies, the sledge car carrying 2 people could only be equipped with 4 huskies, and in the afternoon it would be equipped with 5 huskies. 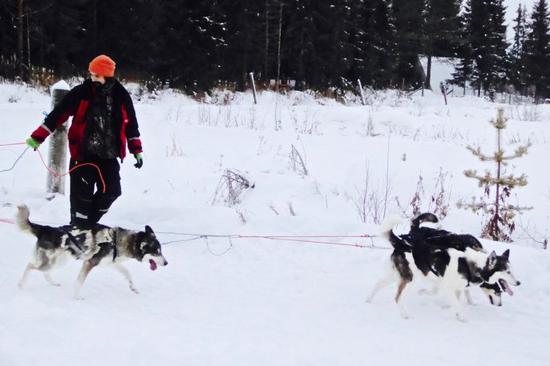 When everyone got ready for their car separately, the staff signaled that they were ready to go, and then untied the ropes on the stakes and shouted “Go!” The four huskies in front and back were like hearing the horn of the charge. Fleeing out. I didn’t dare to stand idly in the driving seat, my eyes widened and clenched in the direction, as the snowmobile rushed into the white snowfield!

Running on the snowfield is exciting and crazy! In order to keep my distance from the front snowmobile, I have to control the speed, and I have to lightly brake when going downhill. However, you can’t step on the brake when turning, otherwise there will be a risk of overturning. Having said all that, don’t scare you, in fact, the Huskies are really crazy and fun. In a small episode, the two sledge cars on the road mingled together, and the staff rushed to deal with the situation. Just when we stopped and waited for a while, the two huskies of our car actually took the opportunity to love and love me. It looked dumbfounded. Husky, SuperDog! 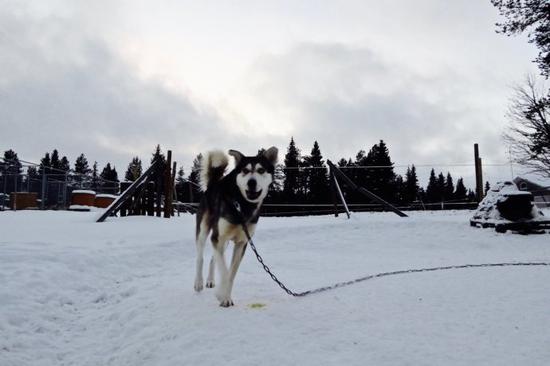 The word Husky was first quoted by the Eskimos living in the Arctic, the abbreviated form of Huskimos; it is also said that this kind of dog sounds “sand rustle” when running in the snow. The Eskimos describe the sound as similar to “Husky” “. Anyway, as early as 1852 the Eskimos used the Husky to call this sled dog.

Huskies are energetic and physically strong, they have dense double-layer hair and their hardiness, light blue or brown eyes. In fact, Huskies are often two eyes of different colors, this is called “heterochromatic eyes”. 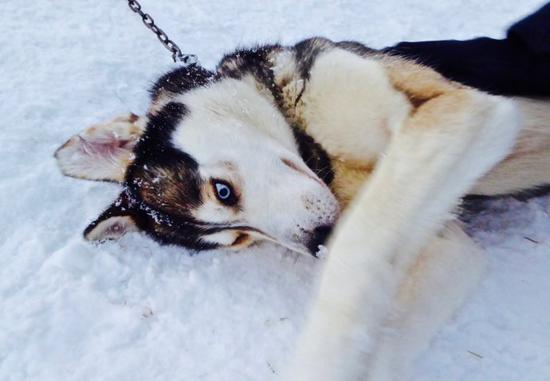 The Husky has upright ears, rounded ear tips, thick ear walls, almond eyes, and a medium size. It has a beautiful and toned figure. Huskies are active by nature, super love to run, love to move, known as a little lunatic. It is said that if the Huskies do not run two laps a day, they will hold back their internal injuries. 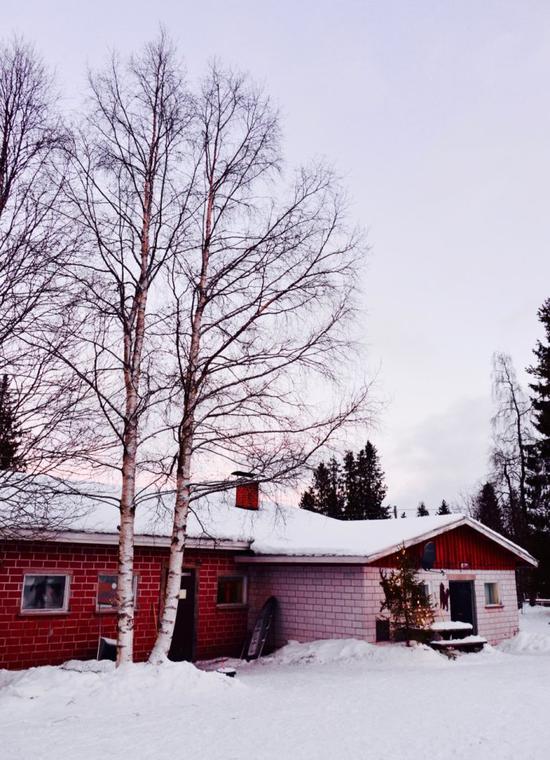 The short 5km Husky sledge off-road suddenly ended, why not 10km? 20 kilometers? Husky is really cool to take you through the snow! I think that if I have the opportunity to come to the Arctic Circle again next time and be able to ride a husky sleigh again, I must do a long journey in the snowfield! 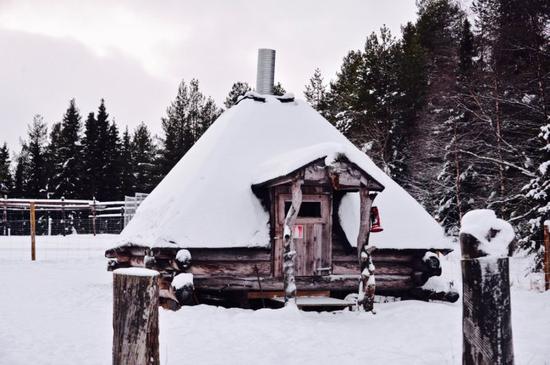 Unfinished, we say goodbye to this group of little guys. Afterwards, we came to the burning log cabin, and after enjoying the excitement, we enjoyed hot coffee and biscuits and listened to the Huskies Ranch tell us the story of Huskies. The sub-zero temperature outdoors in winter is the most comfortable temperature for the Huskies. They run every day, and if they do not run, they will get sick. The huskies that pull us are between 8 months and 12 years old, and the life span of huskies is generally between 13 and 15 years old. Afterwards, we also visited the Husky Cub Park, holding the puppies and taking pictures, so happy scenes. Before leaving, the staff of the Huskies Ranch greeted us and welcomed us to come again. This is 12 noon, the brightest moment of the day in the Arctic Circle in winter. Soon the long night came again, but under the northern sky, there was a creature called Huskies waiting for the next run. 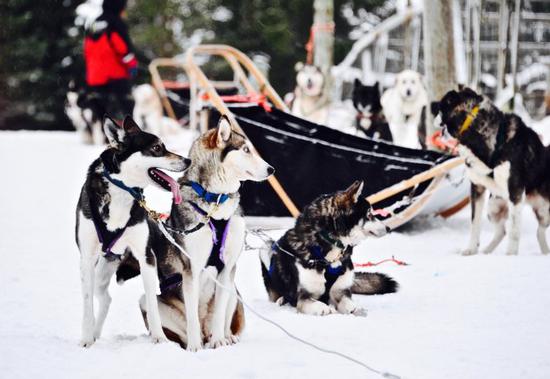 Warrior Husky, take me to the wild in the snow!

Without going to Antarctica, experience another Antarctic view in Argentina